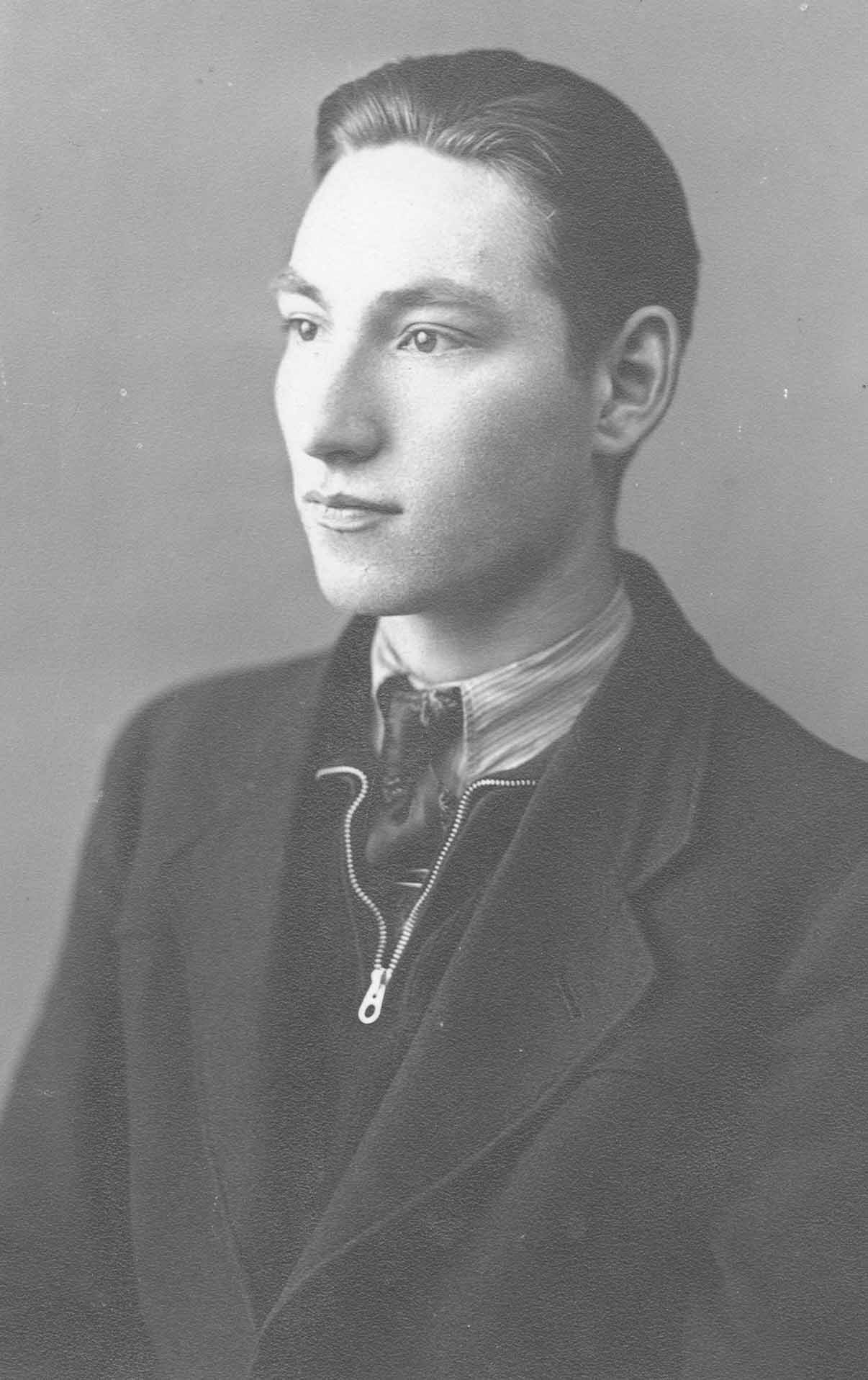 Alfred Decker, from Bremen, a prisoner of war who Bill Cheall looked after. He wrote and told his parents in Germany that he was alright and they replied.

Passage from Dad’s memoir:
In Egypt, at Qassasin Camp for a while, we had to guard thousands of German prisoners of war, who had been taken at Alamein. They looked really exhausted and were almost all about the same age as us and wanted to be sociable; it was not their fault they were at war and they seemed very pleased to have been taken prisoner. We would take out small working parties about the camp doing maintenance. Two of the young Germans in my party spoke very good English and were quite well educated, wanting to make conversation and I, rightly or wrongly, obliged. Their names were Helmut Beckermeyer and Alfred Decker, both from Bremen in northern Germany. They told me all about their families and homes and gave me their addresses. I formed the opinion that not all Germans were bad, the same as not all English are good, because I had come across some awful characters in my time in the army. Granted, we were at war, but I felt that if I had been a prisoner of war I would have appreciated my guard showing me some kindness, so my favourable reaction to the young Germans was to give them little treats, like biscuits and chocolate. These were soldiers just like us – Wehrmacht not SS. Eventually, I wrote a letter to the parents of those boys, telling them that I had met their sons and that they were alive and well and happy to have been taken prisoner. Apparently, they had not known this news. The mother of Alfred Decker wrote back thanking me for my kindness and sent me their only photograph of Alfred. I still have the letter and snap among my souvenirs. God had been good to me and I felt I was upholding my faith by being kind to those lads, and I never regretted the action I took.
The letter read as follows:
Dear Mr Cheall
I am glad I am finally able to thank you for what you have done for me. It was very
kind of you to forward your son’s letter to me and thanks to you I learned he was
alive and felt well. But unfortunately he did not know himself anything about our
fate … I am so happy he found in you a man who could understand him so well.
Now he is asking me to send him a photo of his. You can imagine it is not easy to
part with the only picture of my son that I have got, but since Alfred wrote me you
have treated him as a comrade, I will fulfil his wish. I am hopeful that my son will
soon be released and we shall see him again. Should you ever be in Bremen, you
will always be welcome in my home.
Yours sincerely
Sender: Family W Borsinsky (Alfred Decker’s Mother)
Bremen
Alfred in one of our battle dresses in Egypt. He wrote on the back of the picture "Your German friend, Alfred (for good friendship)".  Full story in the book. 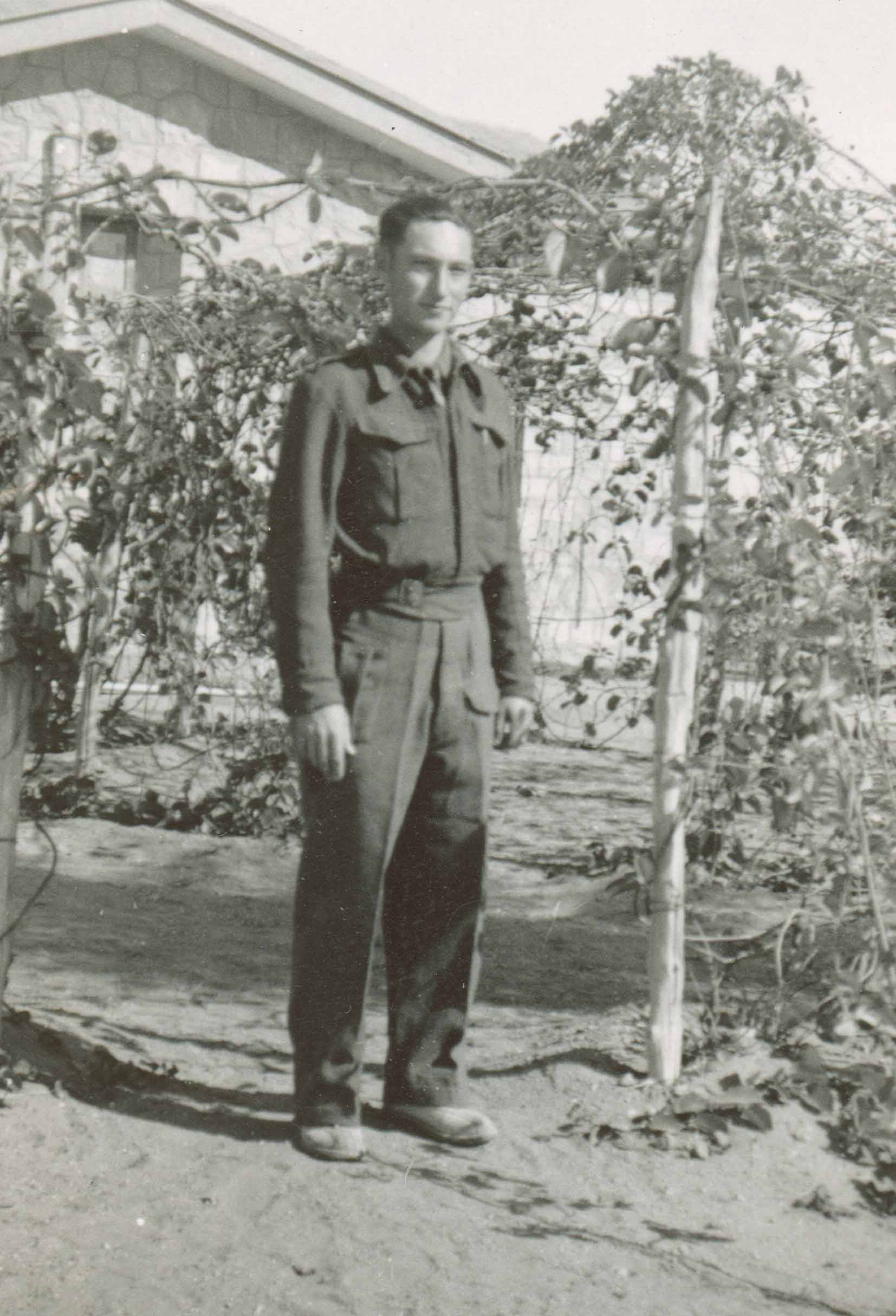 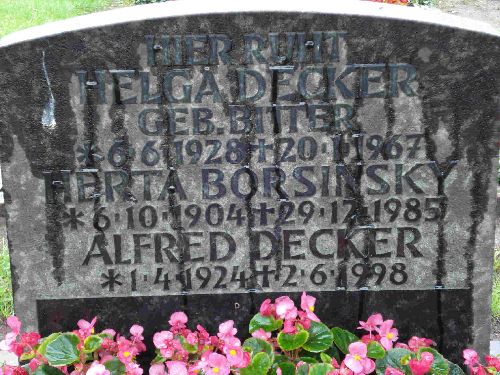 The names on the grave are:

Reading the end of the latter, it seems that Alfred's family name was Borsinsky. Looking at the grave, Herta Borsinsky was possibly Alfred´s mother though it's not clear why she changed her surname - maybe she married again. Was Helga Alfred's younger sister? Can anyone shed any more light on this story?

Note to self: A way to find out what happened with the Borsinsky family from Bremen may be to ask the Registration Office - in Germany: Einwohnermeldeamt (address identification).

Borsinsky is an extremly rare name in Germany - "Borsinsky" had 0 hits on a German search engine. So it should be possible to contact all Borsinskys in Germany. A genealogy map shows where Borsinsky family live - remarkably all in Bremen!

There are 33 persons with the name "Decker" in the telephone book.

Do you know anything about this man's family? Please help me trace them. Thank  you.