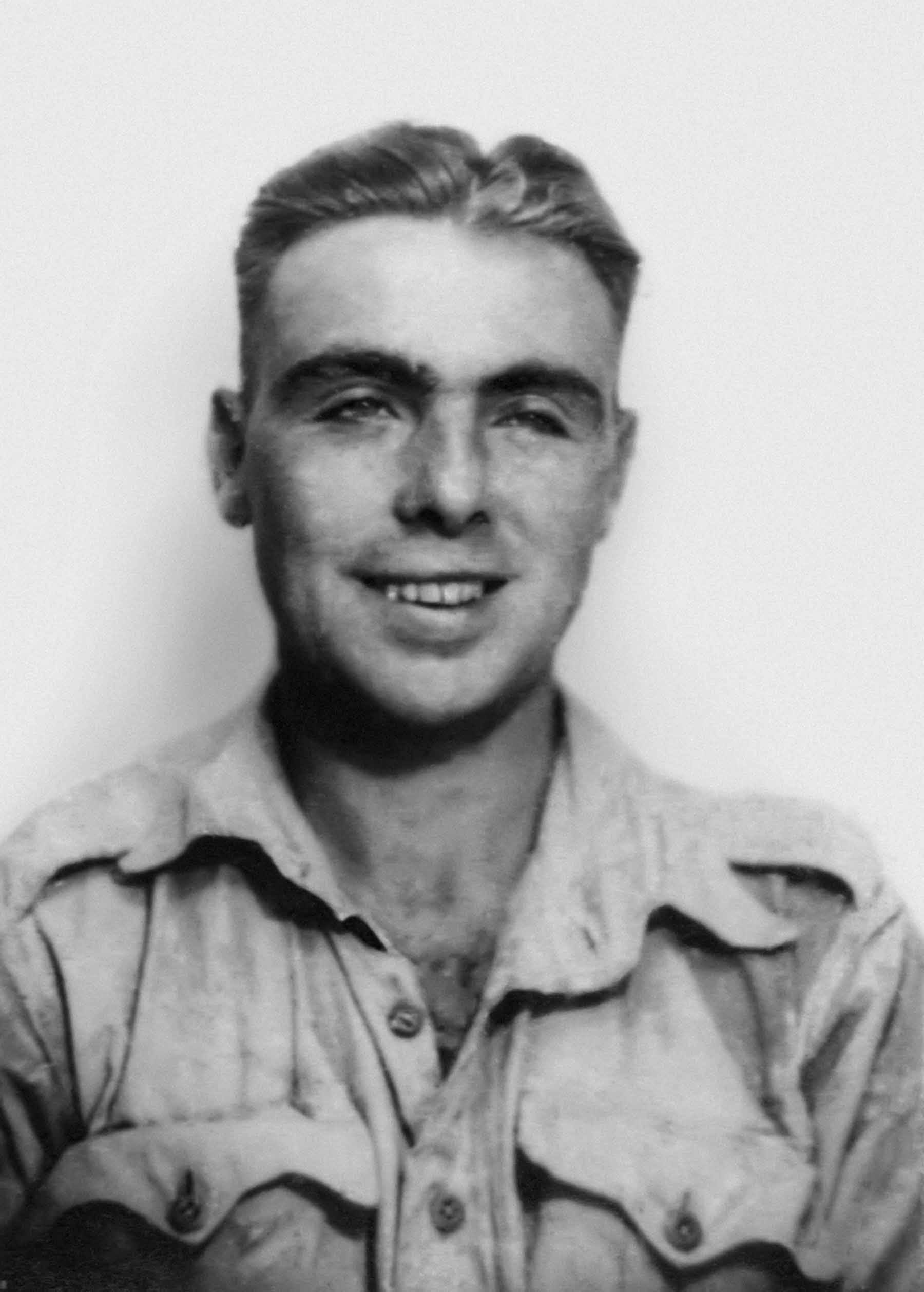 'He would have given a very good account of himself had he lived to go into the assault. He was a great scrapper and a good, tough soldier. It was a very sad loss to us all as he had always been a young man so full of energy, well known in the battalion and very popular with everybody; nothing was too much trouble for him - he was ‘one of the lads’ - Bill Cheall

Allan Hill was killed tragically during the D-Day landings at Normandy, on Gold Beach, whilst getting off the landing craft. As he jumped off, he landed in a shell hole and at the same time a wave caused the boat to surge forward on top of him to crush and drown him.

Dad referred to him as Rufty and said he was a good scrapper and that he would have given a good account of himself if he had survived. The above photo was kindly provided by Mike Smith, Rufty's nephew.

Mike wrote in to say:

"I was looking for information about Allan Hill and came across your pages.  My name is Mike Smith, and I am the son of Freda Smith (nee Hill) who was Allan's sister. Freda died on the 8th September 2010. I was born in 1954, so did not know Allan, but there was a photograph of him on mother's windowsill.

Allan lived at Coral Street, Lingdale (Near Redcar) and had several brothers and a sister, Freda, who was my mother. Aubrey is the last remaining sibling. Norman, another brother, had a daughter Maureen."

Bill Vickers was a best pal of Rufty's and in a poignant comment, Mike added:

"I've not met Bill Vickers, but he was a name spoken about when I was a boy. I understand that he went back to look for Rufty after the landings on D-Day, but could not find him."

See episode 25 for more about Rufty and his comrades