The Territorial Efficiency Medal - awarded to NCO's and enlisted men of the Territorial Army for 12 years service, with war service to count as double. This is the only medal with Bill's name actually engraved on it, round the edge. One day I'm going to get the medals polished but at the time of mounting the advice was not to clean them. 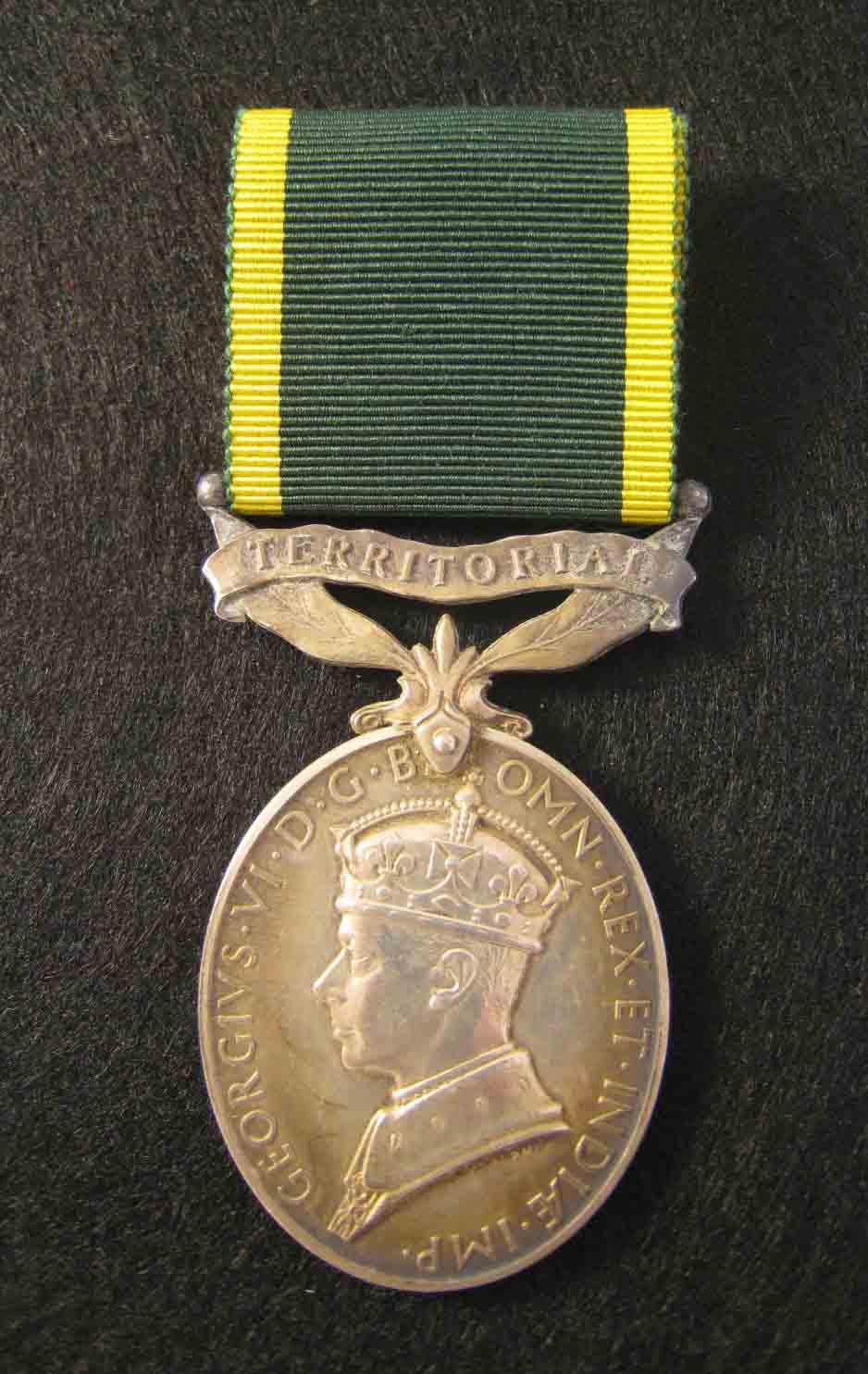 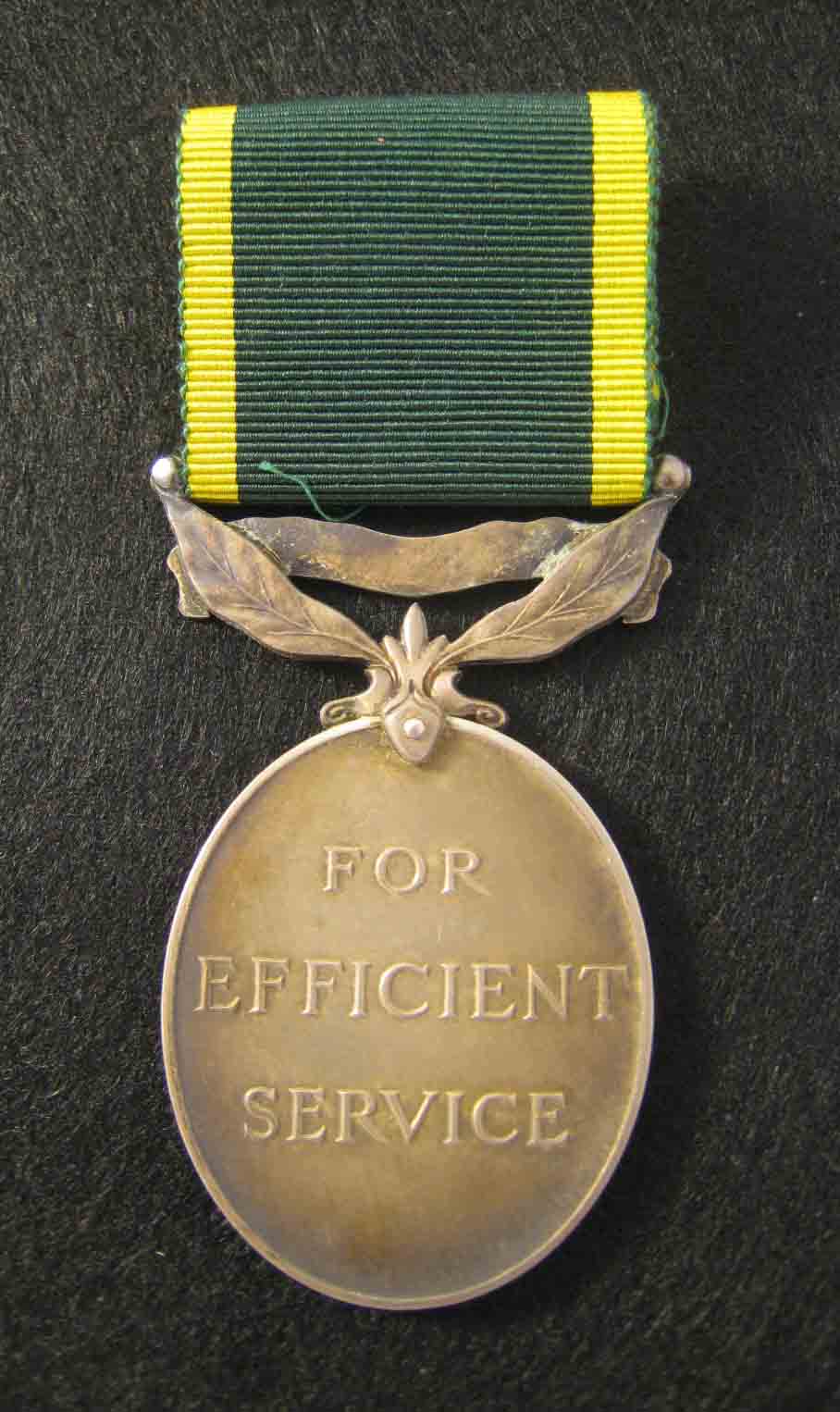 The 1939-1945 Star - the first in a series of eight campaign stars instituted in 1945 to recognise service in the Second World War. It was awarded for six months service in specified operational areas. Bill served from 1939 and was demobbed in January 1946. 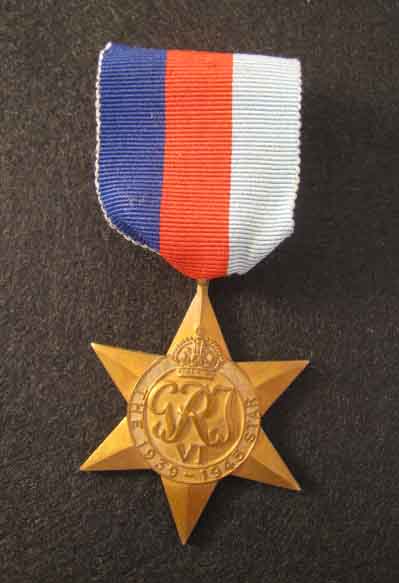 The Defence Medal - campaign medal of the British Commonwealth, awarded for service in WW2. 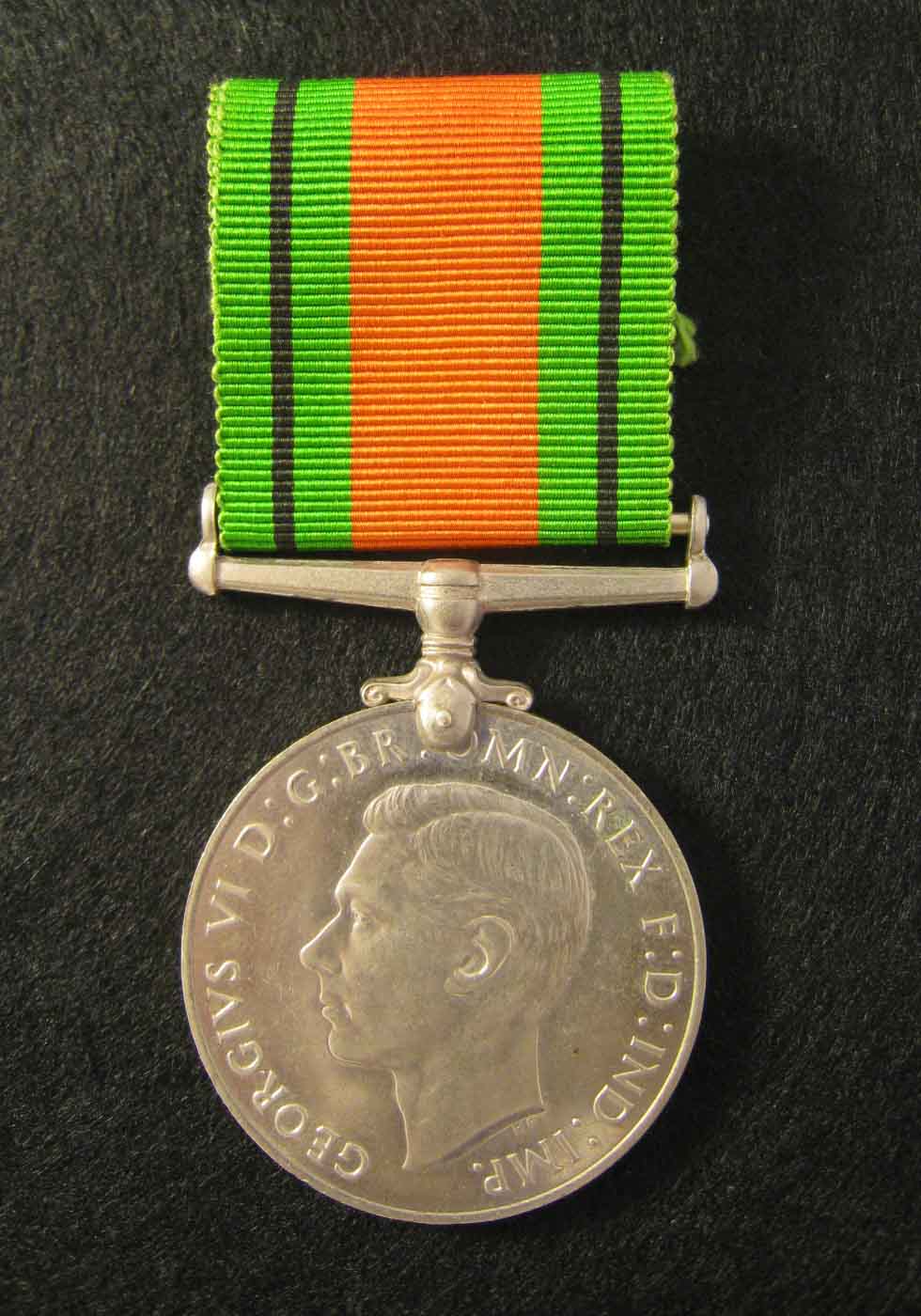 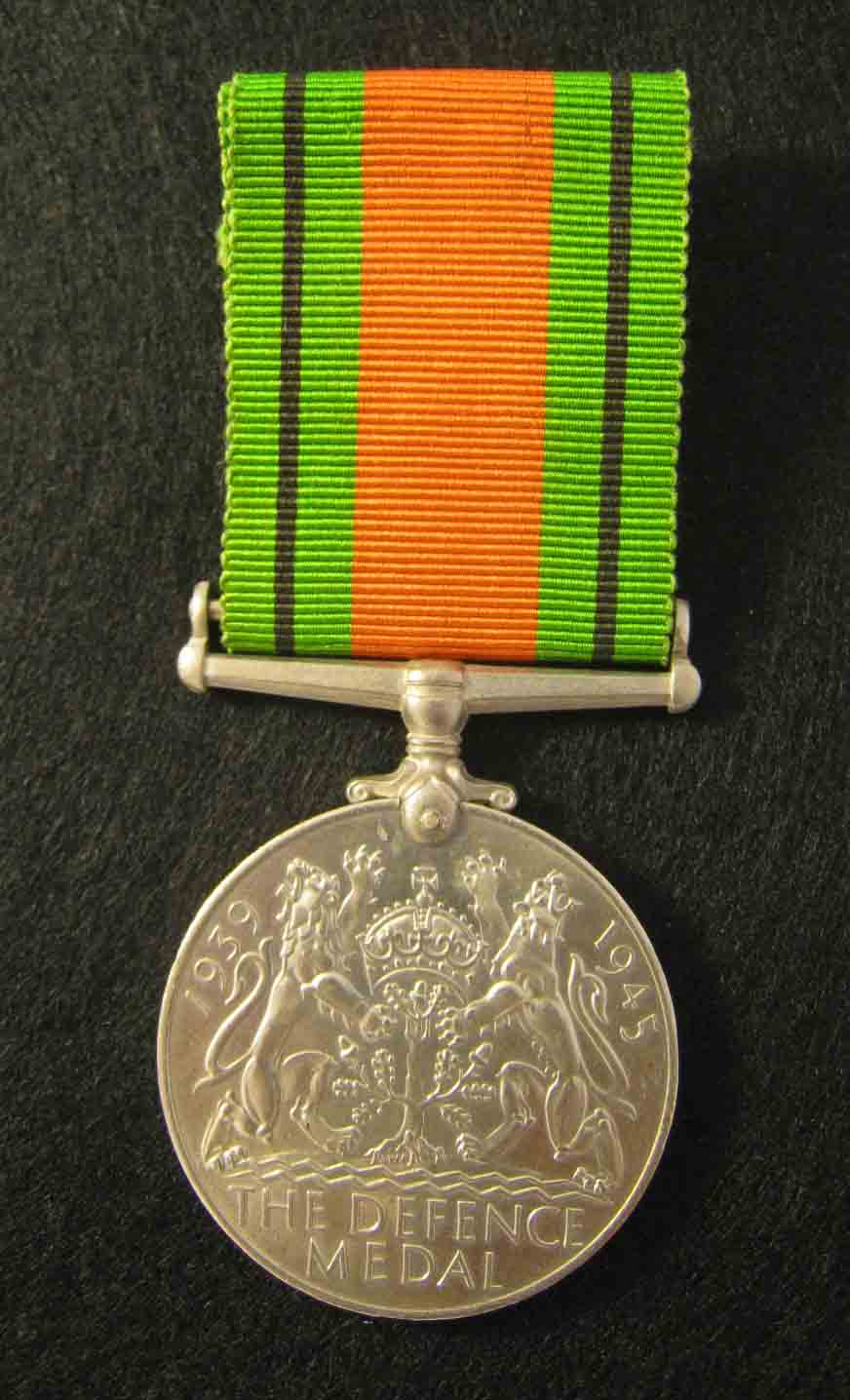 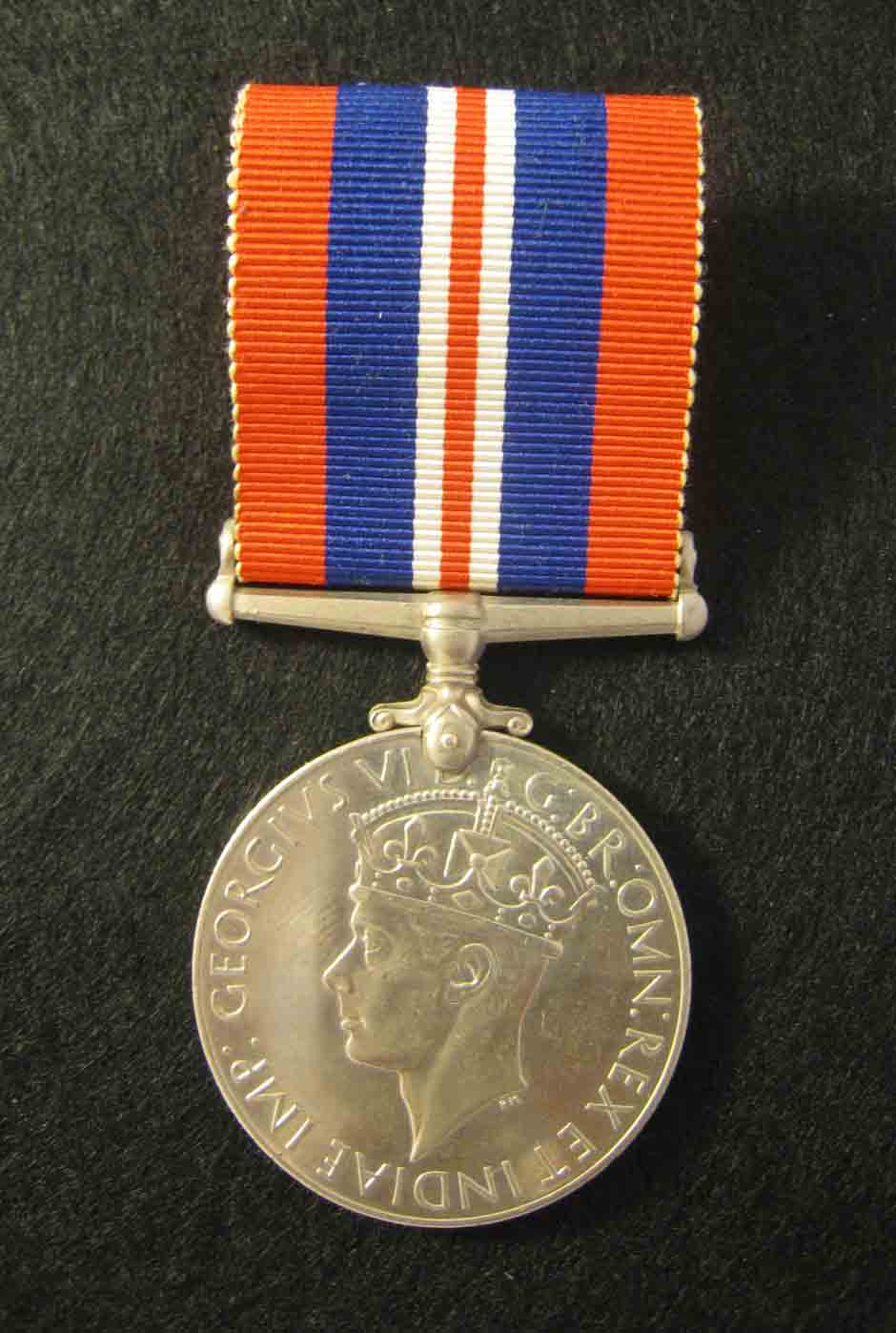 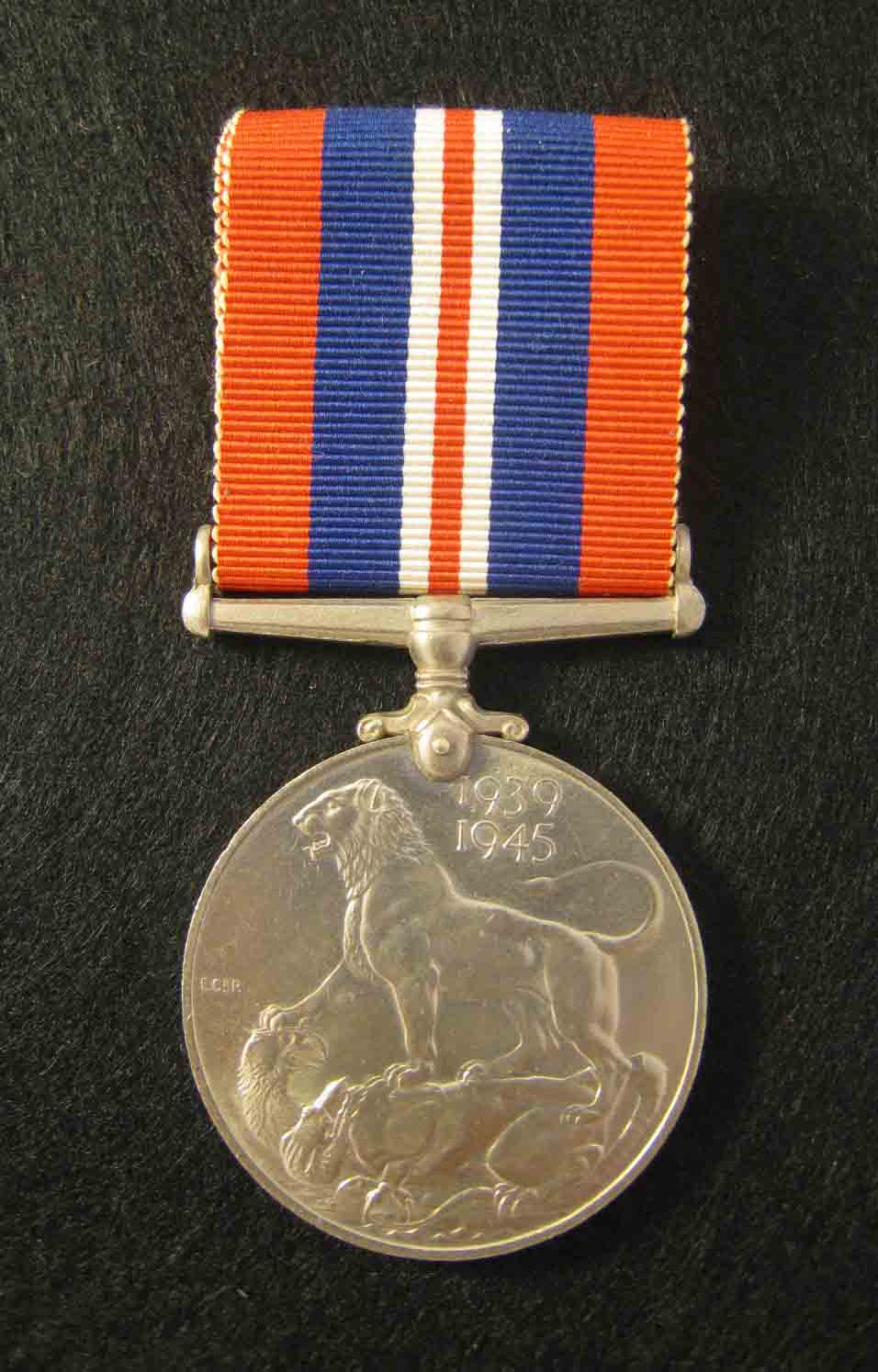 Bill joins the East Lancashire Regiment in Germany
About four weeks after I joined the regiment – it seemed so strange to me – I was
issued with a cap badge, shoulder flashes and divisional signs. It was now official. I
was no longer a Green Howard. Almost at the same time, I received a most welcome
letter from home, which contained a very pleasant surprise, a wound stripe and
more importantly, my Eighth Army ribbon, which had been sent by the War Office.
I felt like a dog with two tails because I was proud to have been in Monty’s Eighth
Army. I had a right to be proud, too. I had not up to that time seen any other East
Lanc wearing that special ribbon. After I had ‘put it up’ the lads wanted to know
where I had been in the Middle East.
Two days after I had sewn on my ribbon, I was passing my company commander
and after returning my salute he asked me to wait a moment, then asked me my name.
Next morning, I was told by the Sergeant Major that the Company Commander
wanted to see me in his office at 1300 hrs. I duly went and he asked me about my
service. At the end of the interview, he asked that as I was a senior soldier, would I
care to join the Regimental Police, with the rank of Lance Corporal.

The Africa Star as mentioned above - Note the 8th Army clasp across the ribbon. The Star was awarded for a minimum one day service in an operational area of North Africa between 10 June 1940 and 12 May 1943. In Bill's case this would have been his service in Egypt, which included training and guarding German POWs, and the brutal Battle of Wadi Akarit in Tunisia in 1943. 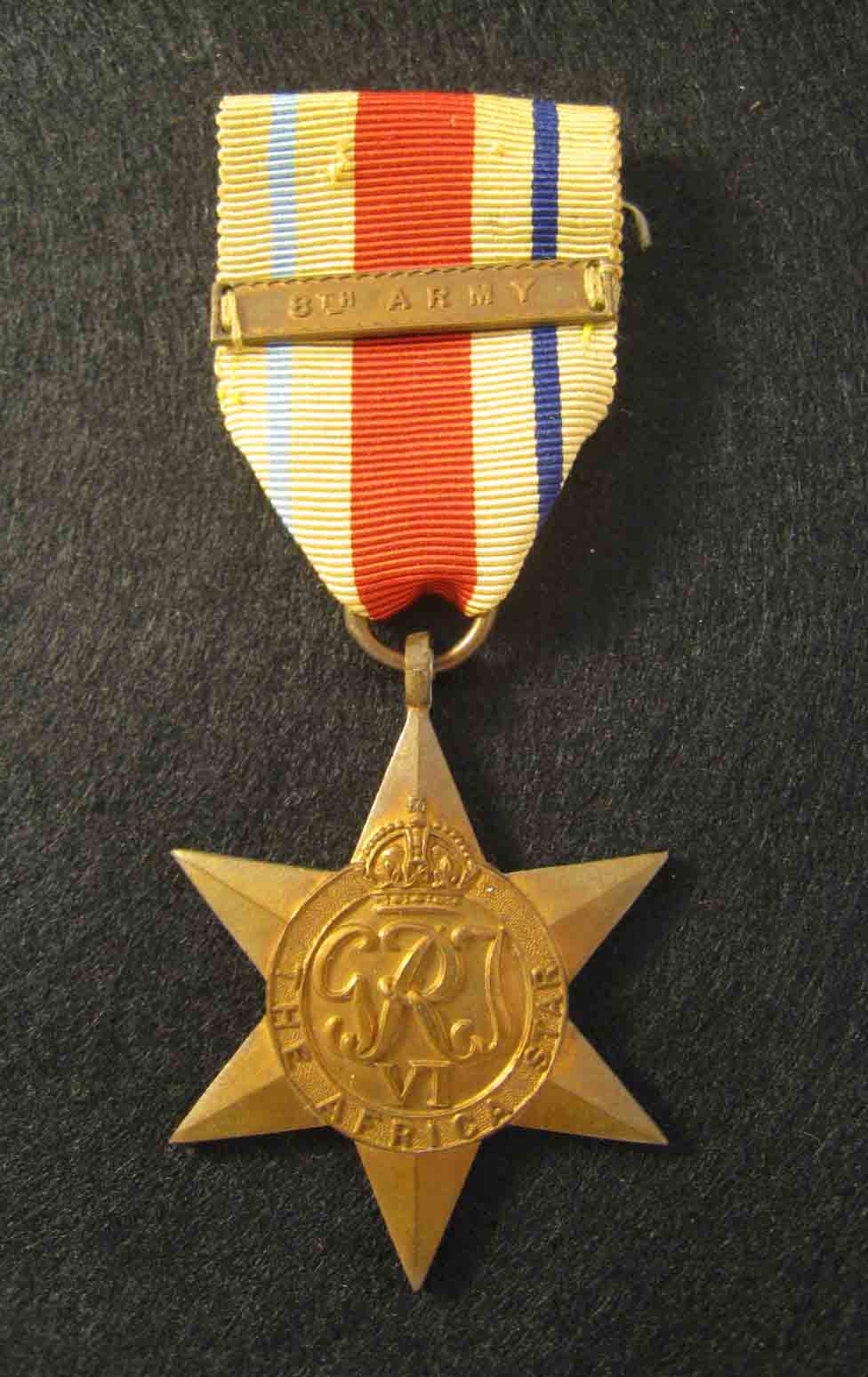 Wounded in Action stripe - Bill was wounded during the Normandy campaign. 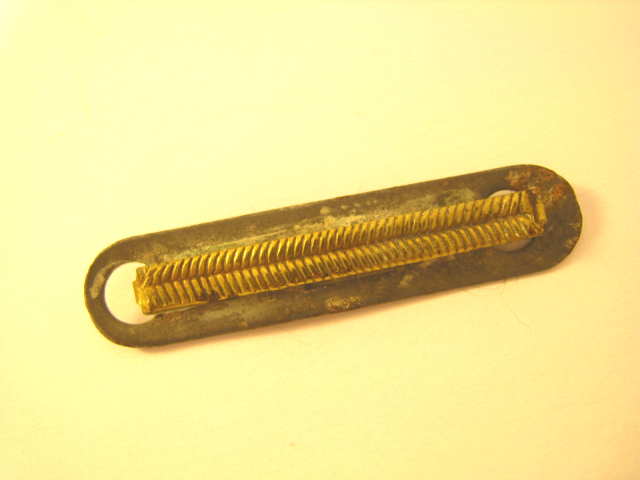 The Italy Star - awarded in Bill Cheall's case for operational service in Sicily - between  June - August 1943. 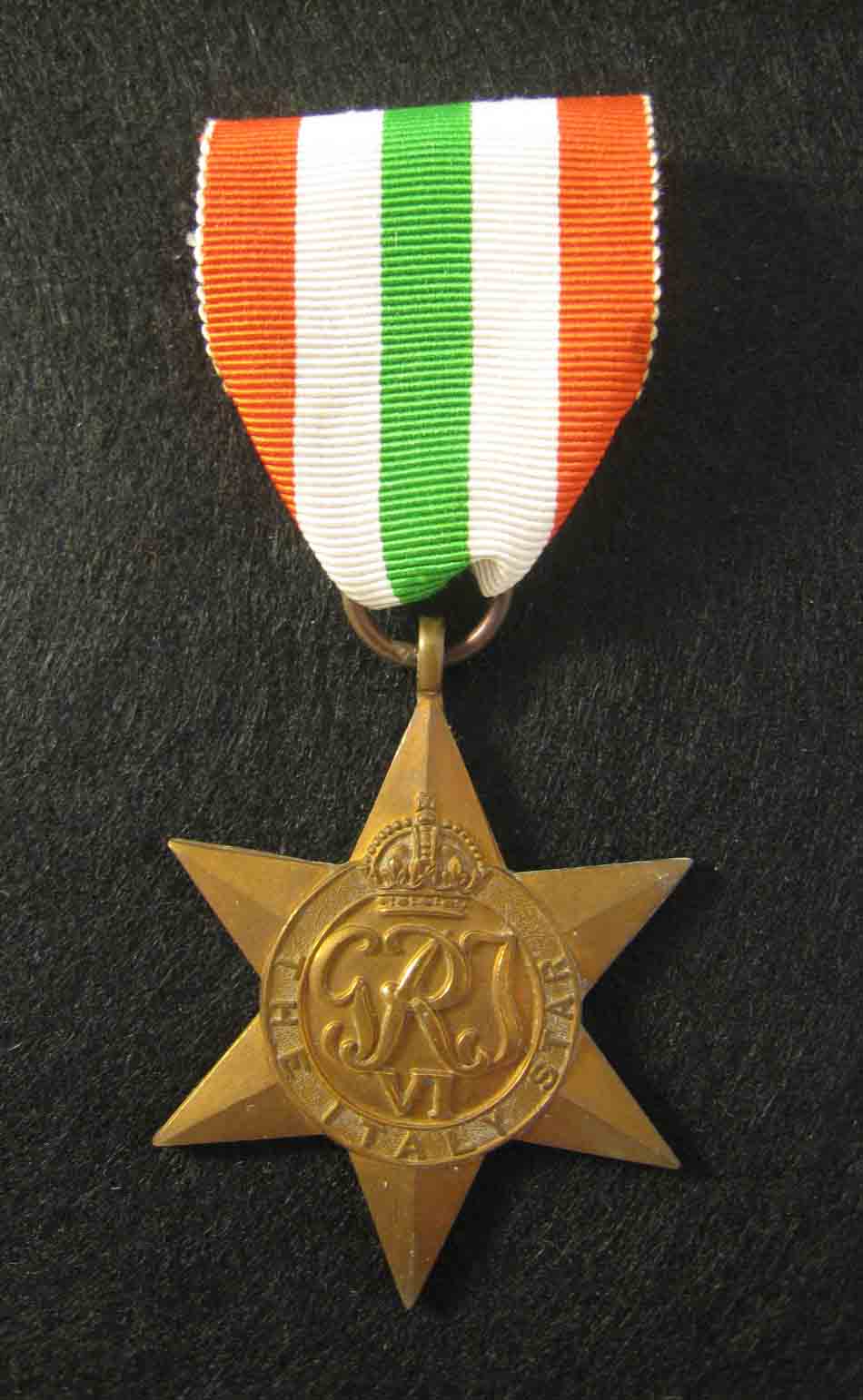 The France and Germany Star - awarded for operational service in France, Belgium, Luxembourg, the Netherlands, and Germany from 6 June 1944 (D-Day) to 8 May 1945. In Bill's case, Dunkirk, D-Day and later Germany. 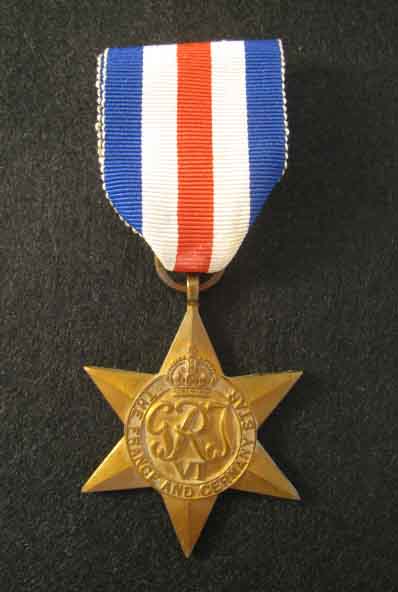 TT shoulder badge (50 Div). The sign of the rivers Tyne, Tees and Humber which formed the catchment area for the Green Howards. 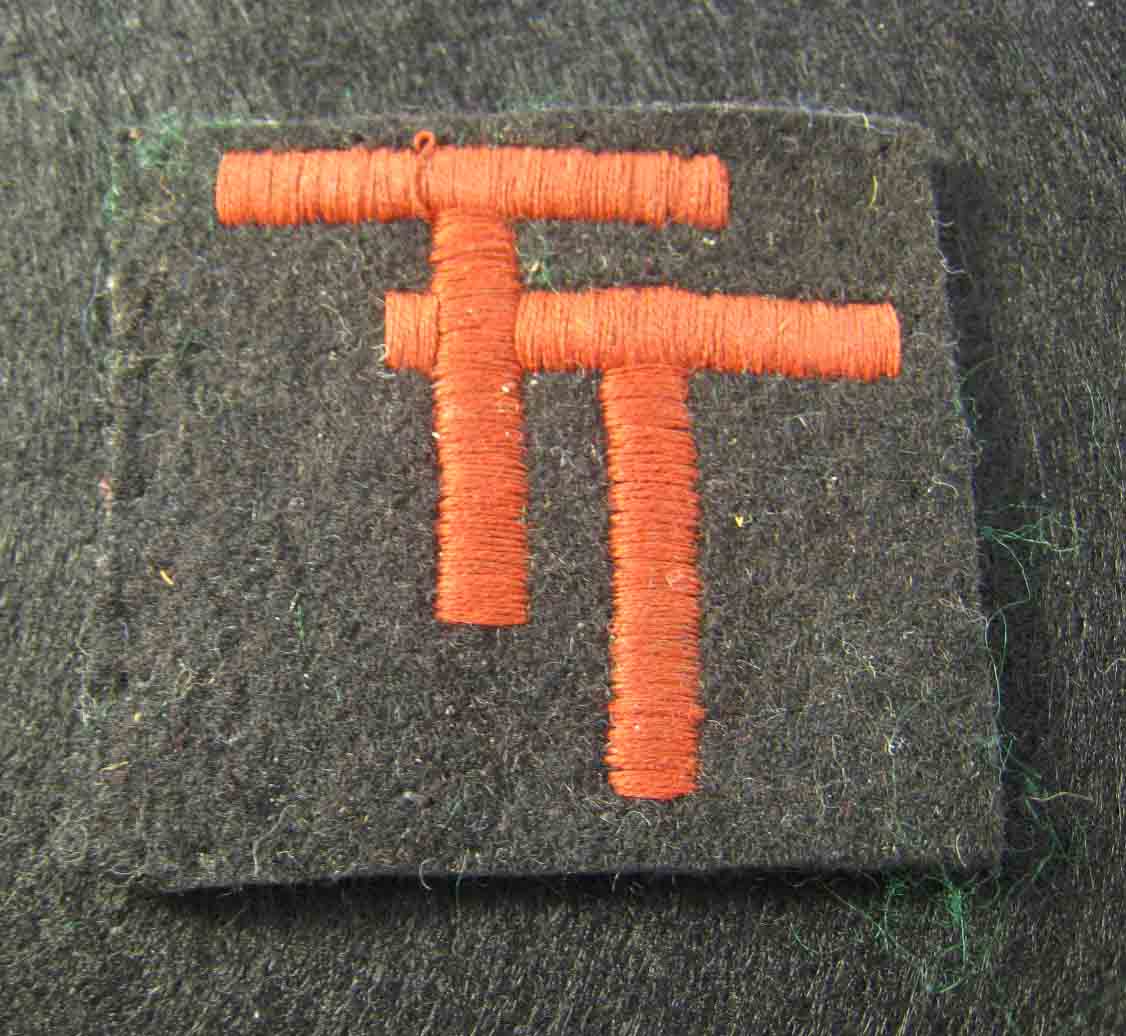 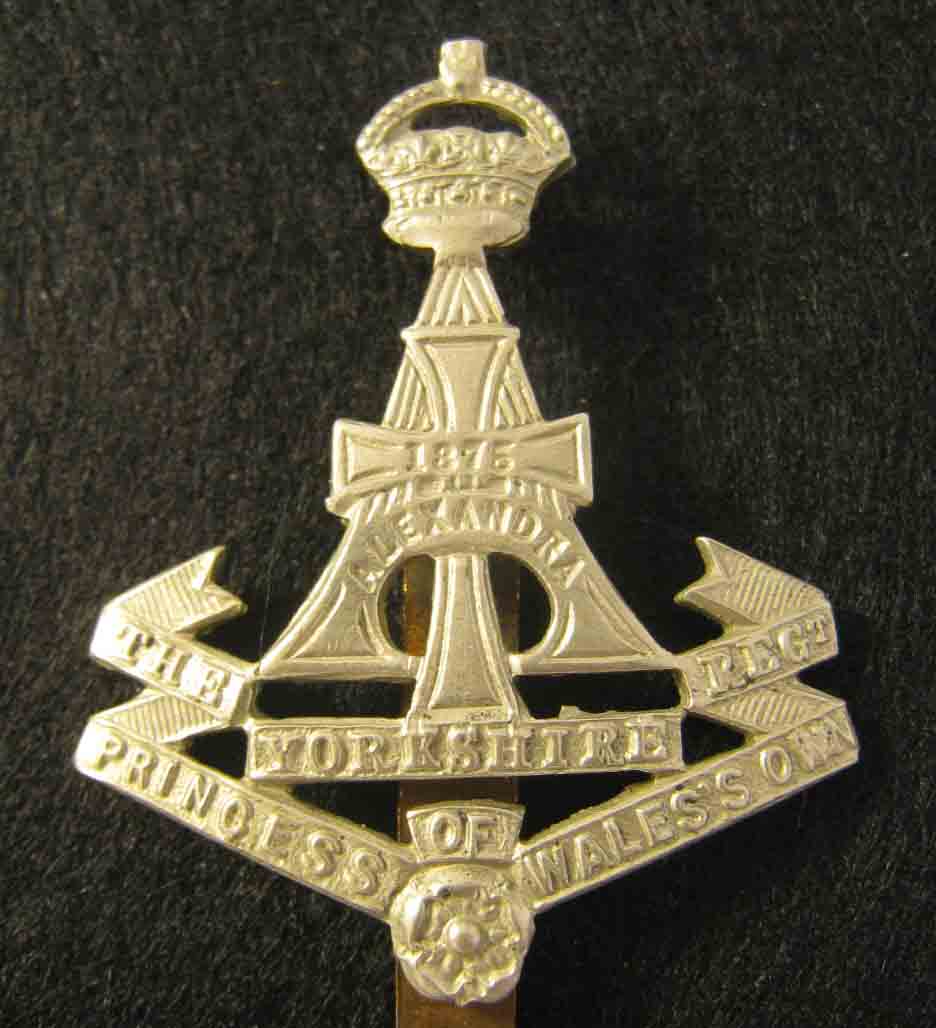 Back to Museum Entrance