Dad mentions a certain pal, Jack Spooner from Sheffield, in his war diary:

"At about 1000 hrs my pal, Jack Spooner, from Sheffield, who was on the staff in the orderly room at Wrigglesworth, would call in for a chat and a cup of tea with me. He once typed out the words to Lily Marlene for me. He was a good sort, Jack, and we were good mates. 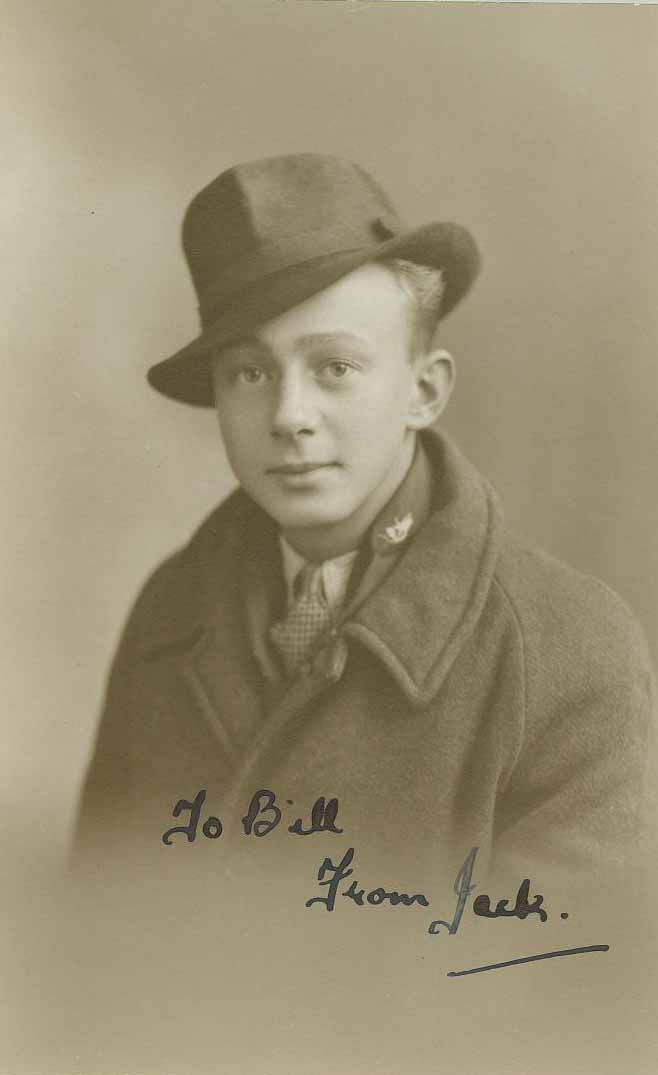 In an attempt to close Jack's story, I phoned all the Jack Spooners I could find in Sheffield and tracked down a Jack 'the lad' Spooner of Sheffield, who kindly updated Jack Spooner's story:

"I recognize the young man in the war photos page - it's my cousin, John, who preferred to be called Jack.  I don't know if he is still living because I lost contact with him after 1951 when I joined the army.  If he is still alive he will be about 87.

He was a despatch rider in the Green Howards, there's the connection to the orderly room. When he was demobbed he came back to Sheffield, took a job as a book salesman (Traveller). He married and the last I heard of him he had two boys." 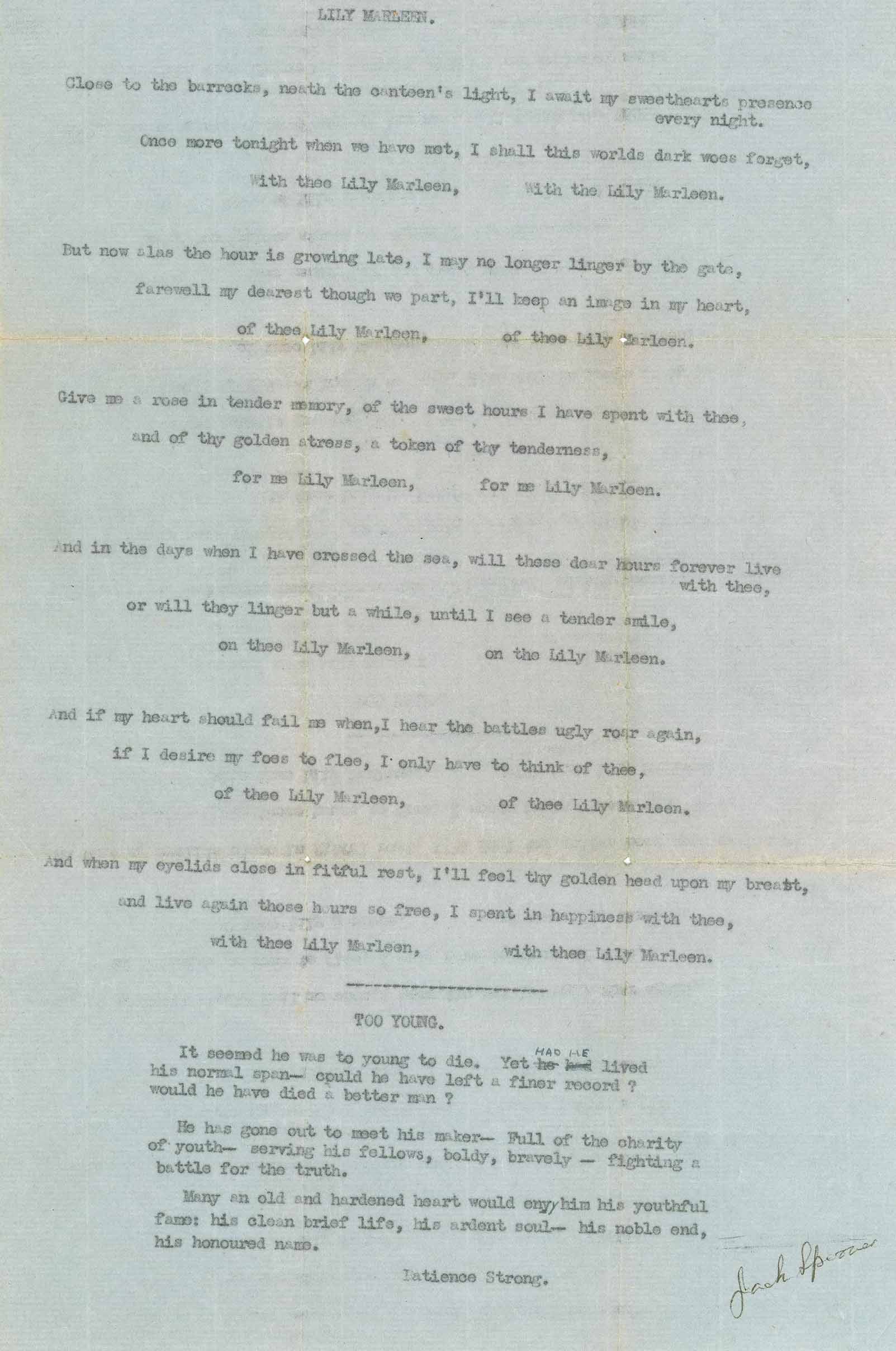