Taken at Alexandria in May 1943. I had just come back from the battles up to Enfidaville in Tunisia and was on two days' leave. I was 26 years old. Battle of Wadi Akarit just behind me in April 43. 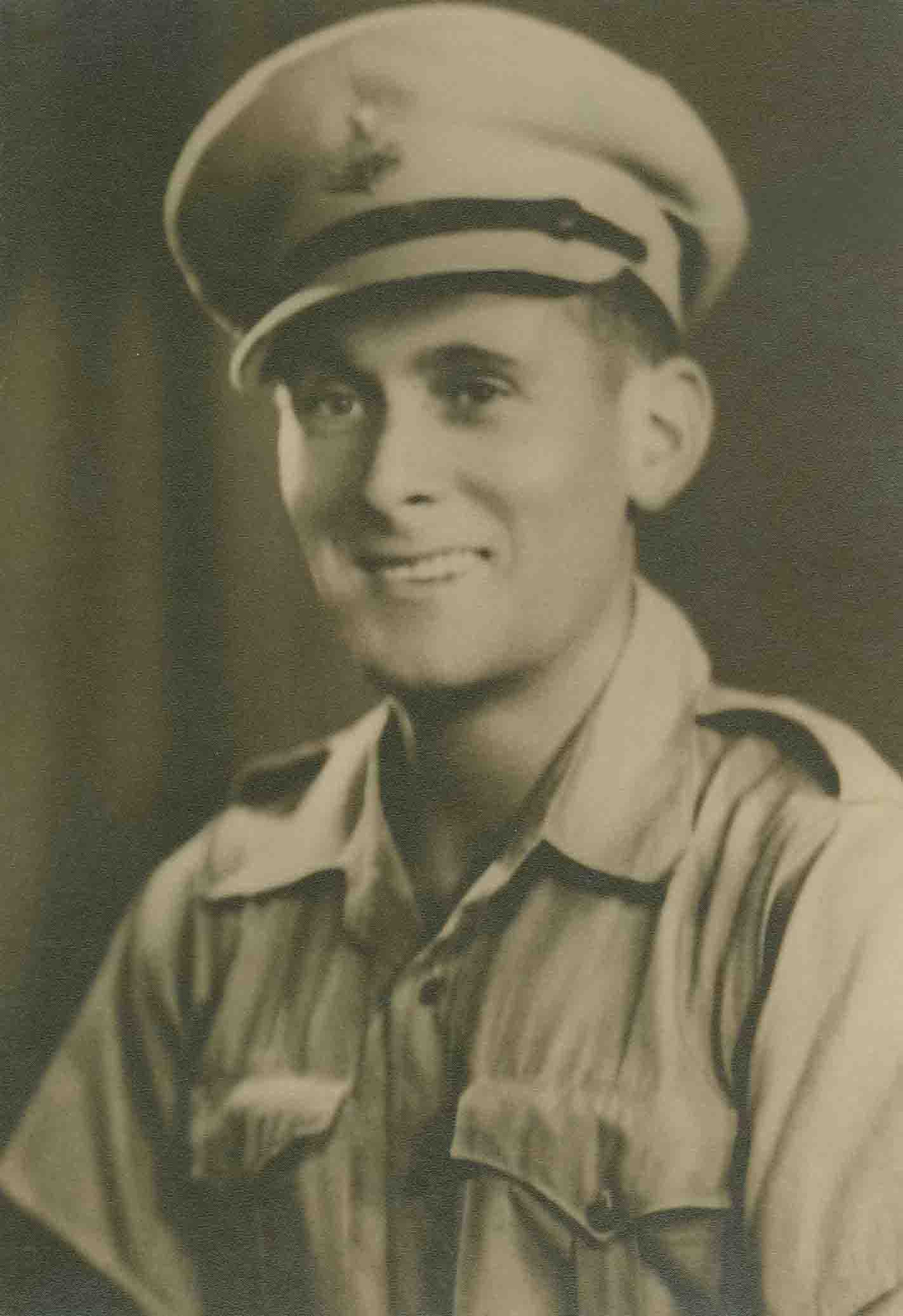 Zaghlouf Pache statue. Reverse says "I am stationed in Gordon House, behind the monument. Let my mother have this will you? I will be sending a set of these snaps at various times". 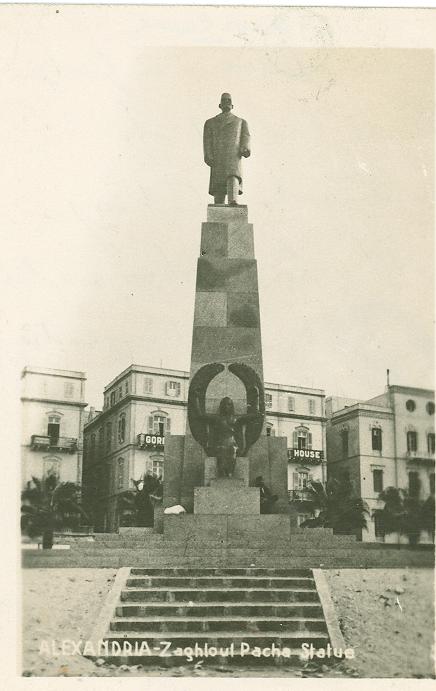 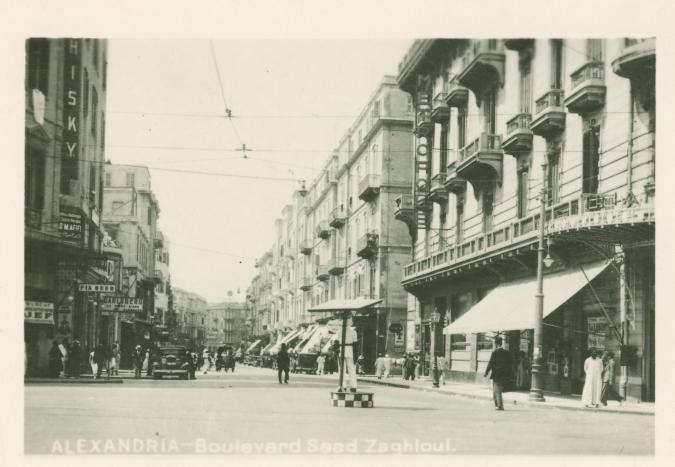 With Charlie Lee, Alexandria. He was killed in Sicily. 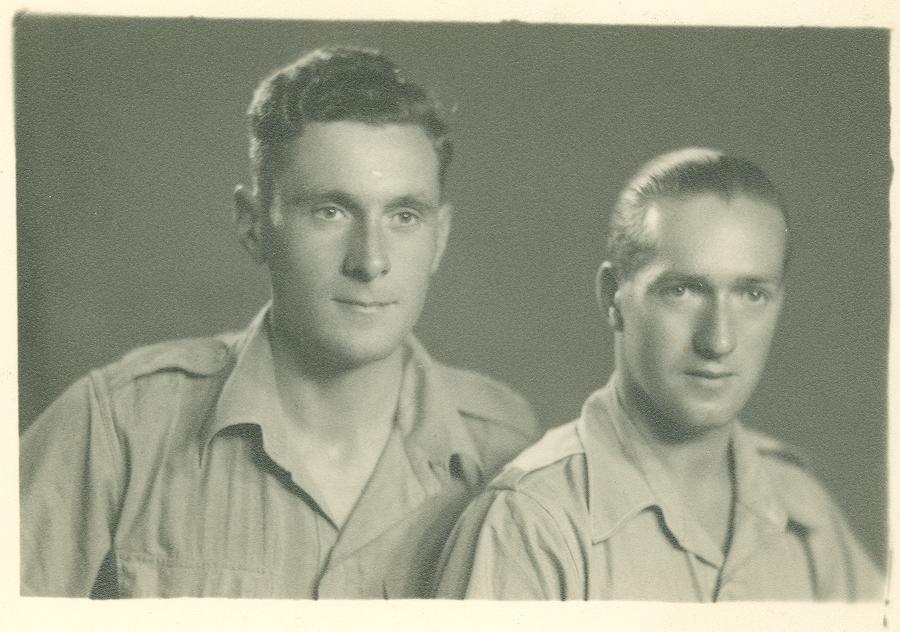 With George Bertram, taken in Alex whilst on 3-day leave. 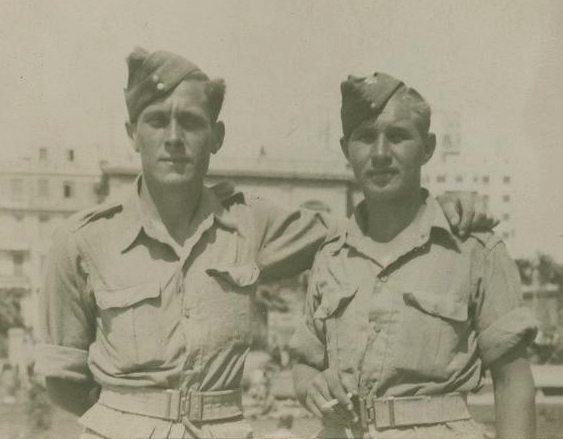 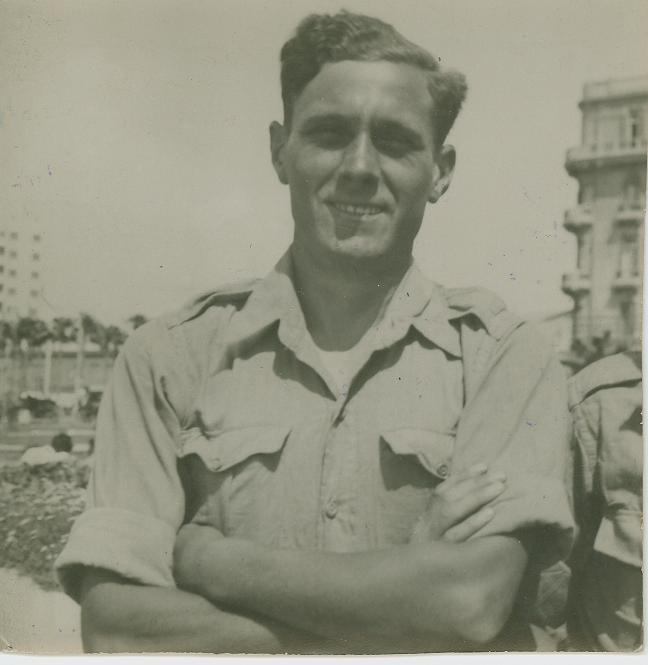 I was on three days' leave before we invaded Sicily. This boy polished my boots every day of my stay - even though they didn't need it! "Me clean your boots Soja, me clean nice and shiny" 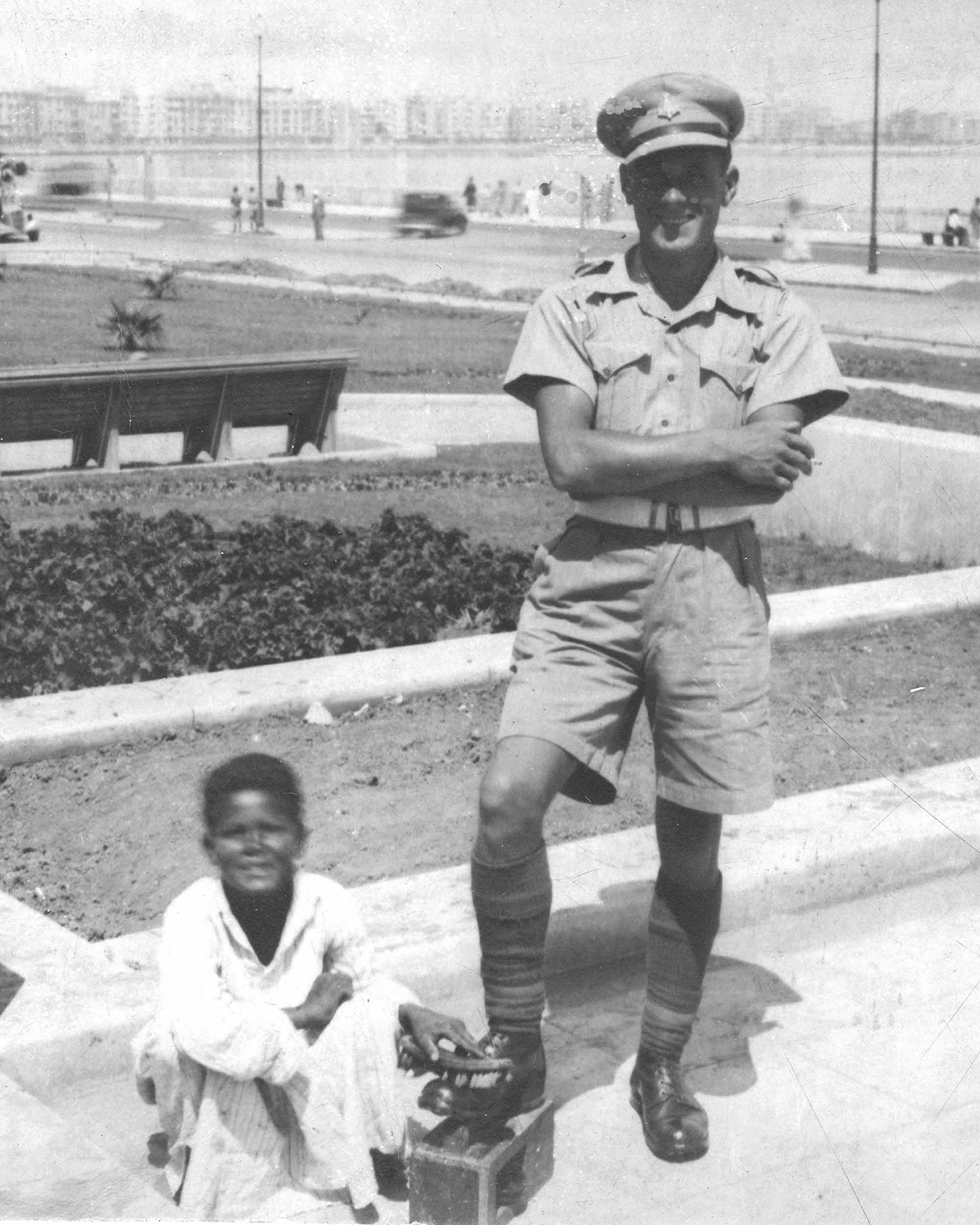 Taken at Ismaila. You can see how the sun got to me! Ismailia is on the Suez canal. 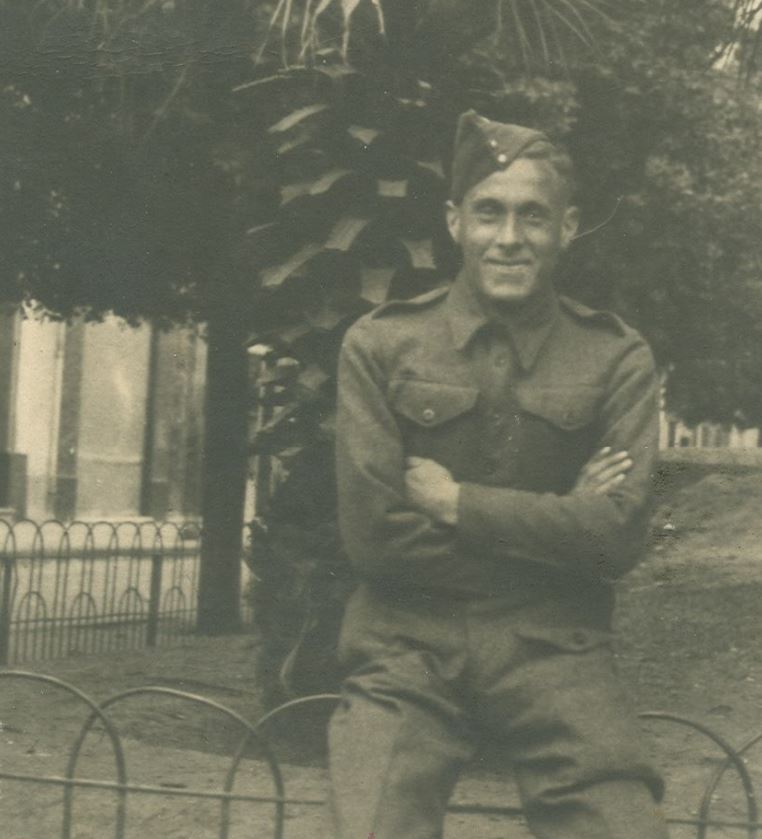 1943 - Lettojani near Catania. X marks the spot where we went swimming, recuperating after the invasion. 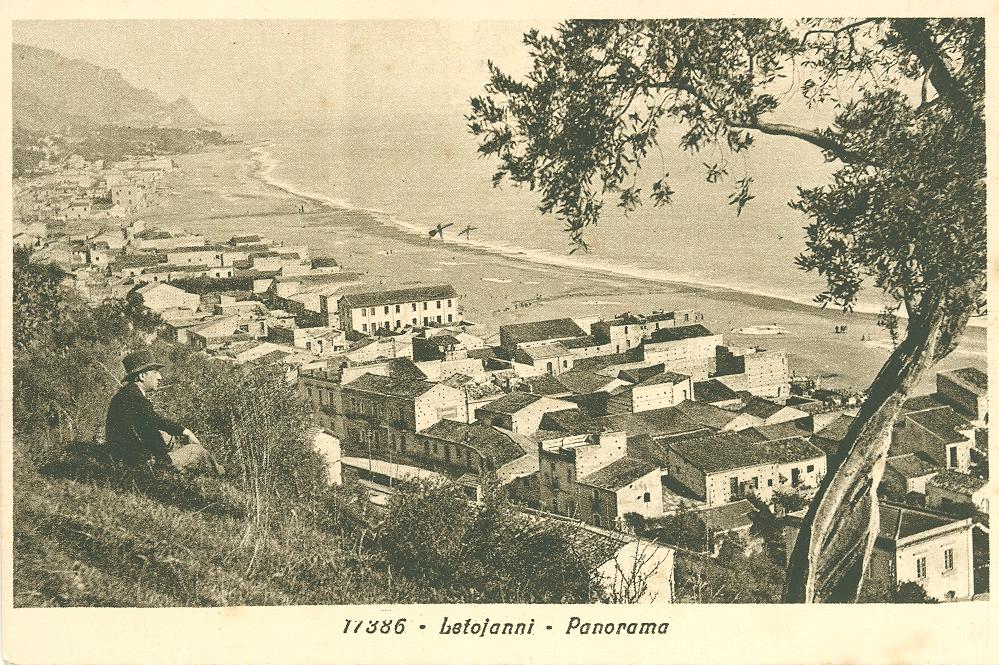 I took this off the body off the tall one of these  Germans, in Normandy. They were both dead. [Note: In the photo, they are wearing Railway uniforms, Reichsbahn, though they were found in Normandy so are likely to have been drafted into the army. The monument is actually in Wittenburg. Source: www.WW2Talk.com]. 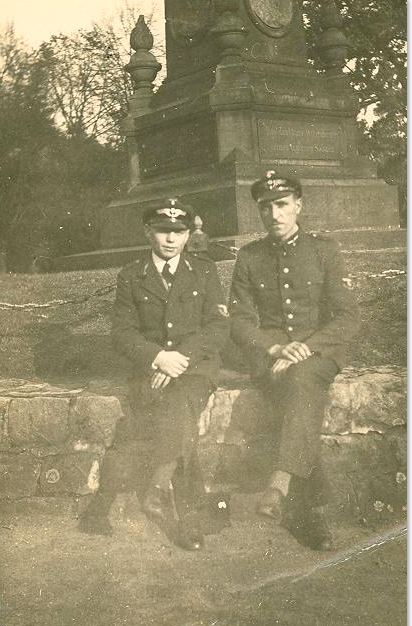 Shortly after my return to action after I'd recovered from my wounds in Scotland. I look well here don't I? Taken at Brugges before we went to the front at Hamburg. The four of us are in the same tent now, Army Life was really nothing like this, which was only a very brief interlude. Tommy Chaffe at my side. 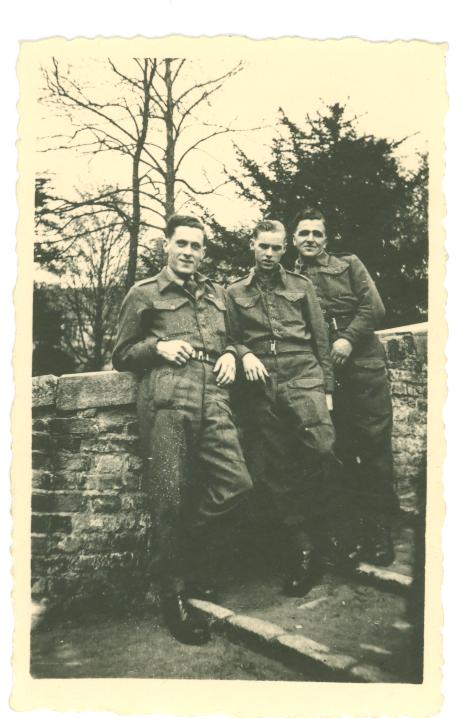 A brief respite from the savagery of war. Taken at Brugges before we joined the East Lancs and bound for Germany. Tommy Chaffe in the middle. 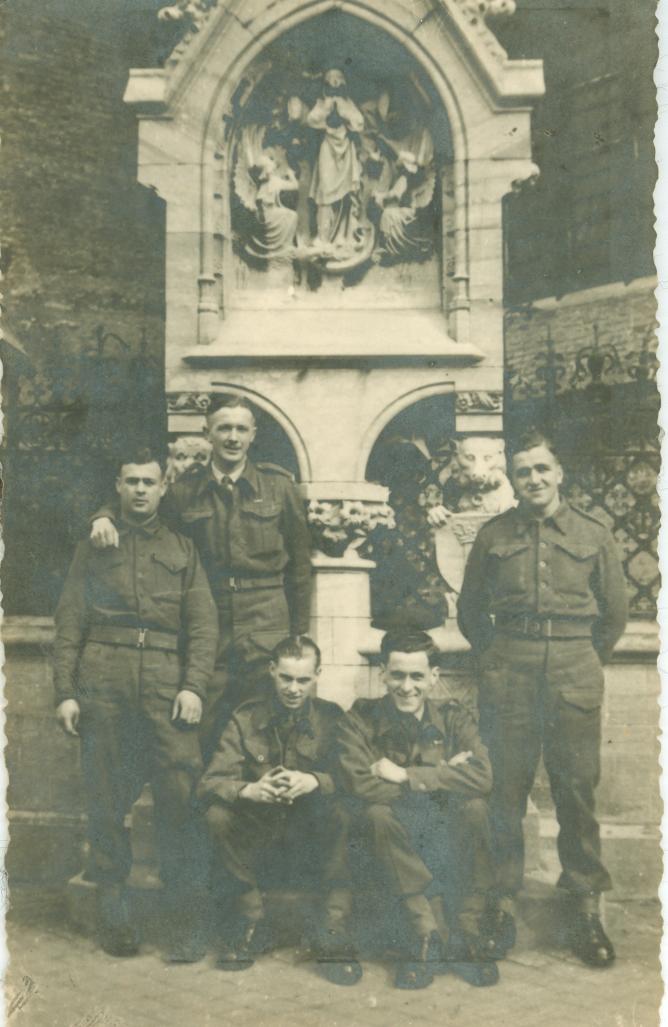 A modern day photo of the location, Church of Our Lady, Bruges 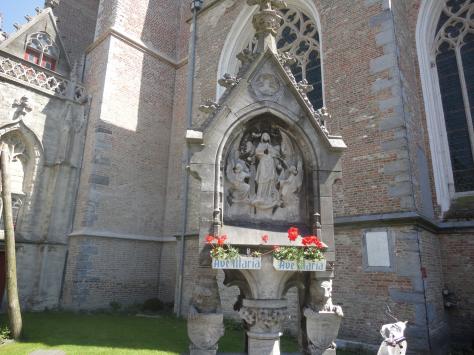 In the regimental police. Note the spit and polish. We had BSA motor bikes and carried revolvers. These two were my pals. Notice my medal ribbons. Taken at Oberhausen. 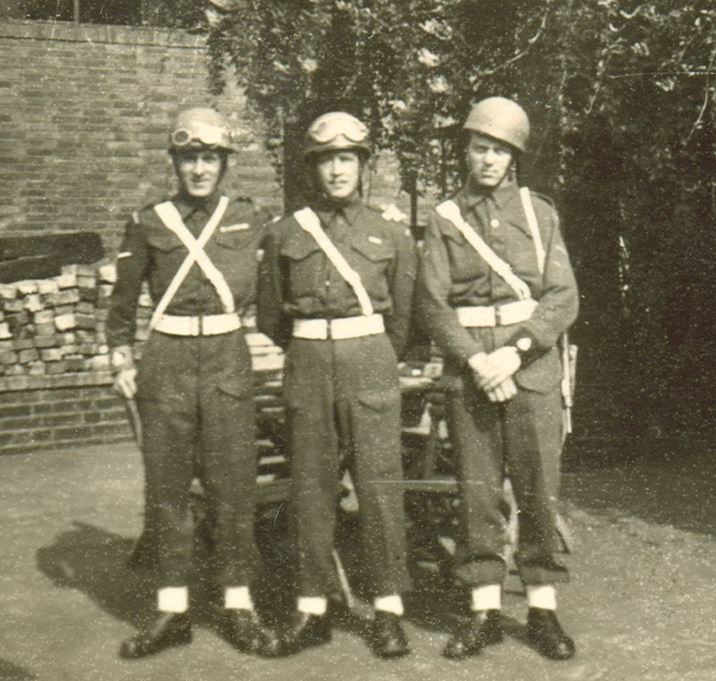 Photo of the Regimental Police, taken at Hamburg, September 1945. 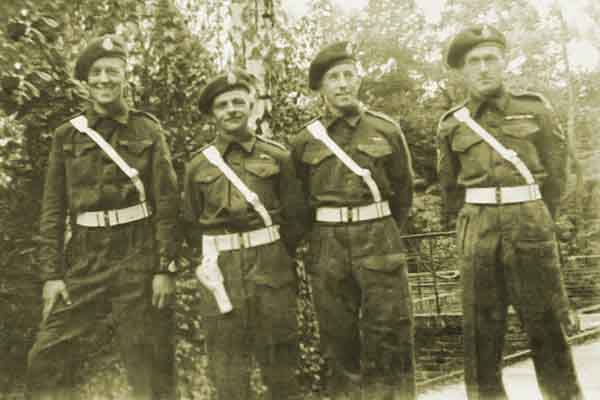 Battalion HQ near Duisberg. A view of the building where I raised the flag. July 1945. 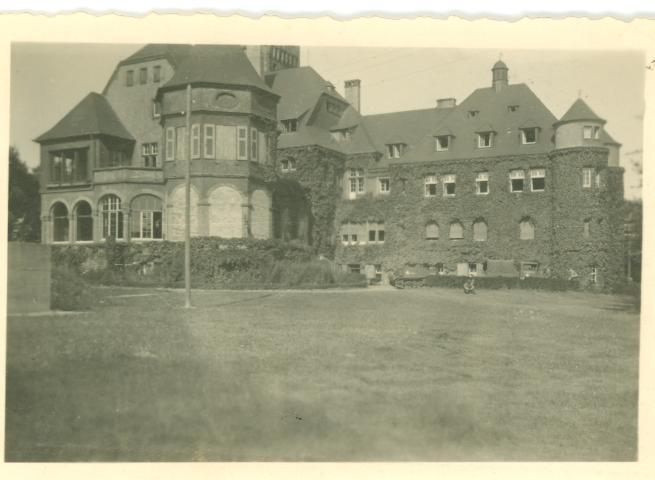 At the back of "Wolfsberg House", Duisberg. I never did like those berets! July 1945. 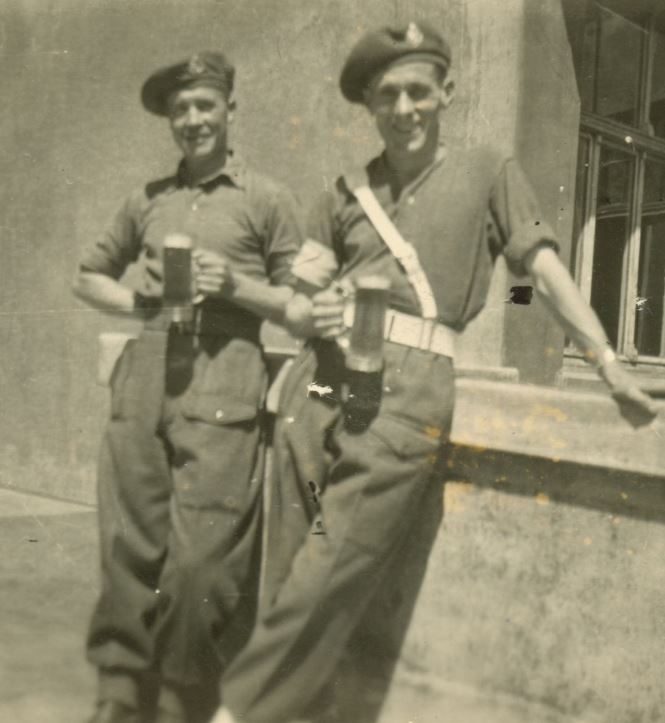 Wolfsberg, Duisberg, in the garden behind the police billet. The war was over and army life OK. The arm band and belt are amongst my souvenirs. July 1945. 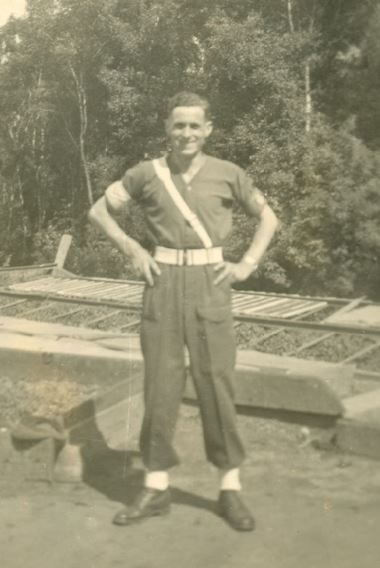 Wolfsberg. On the steps of an empty swimming pool. October 1945. 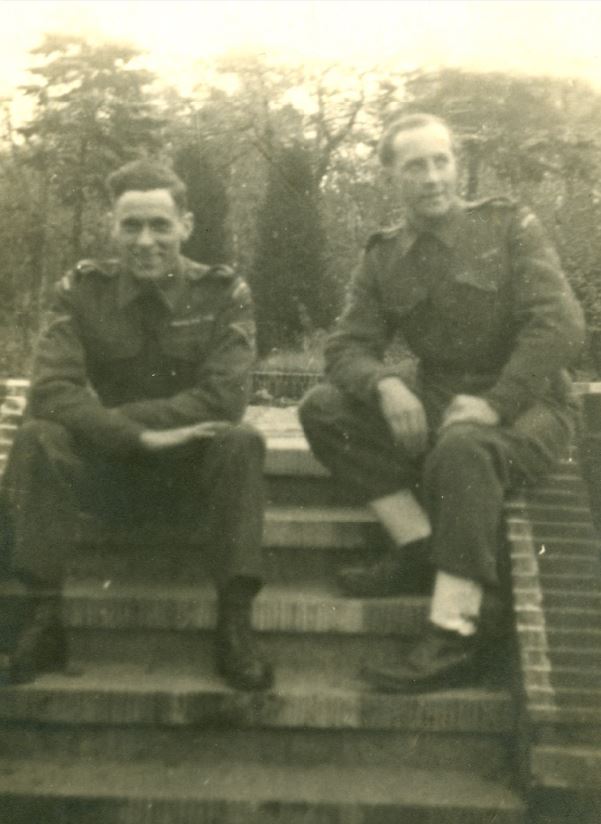 At Wolfsberg. Behind the work house. I met Harold Greenwood here. September 1945. 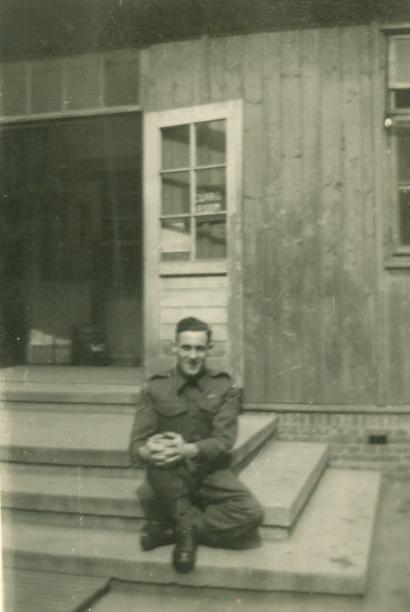 It was my duty to raise and lower the flag each day. Our police billet was only 50 yards from here. July 1945 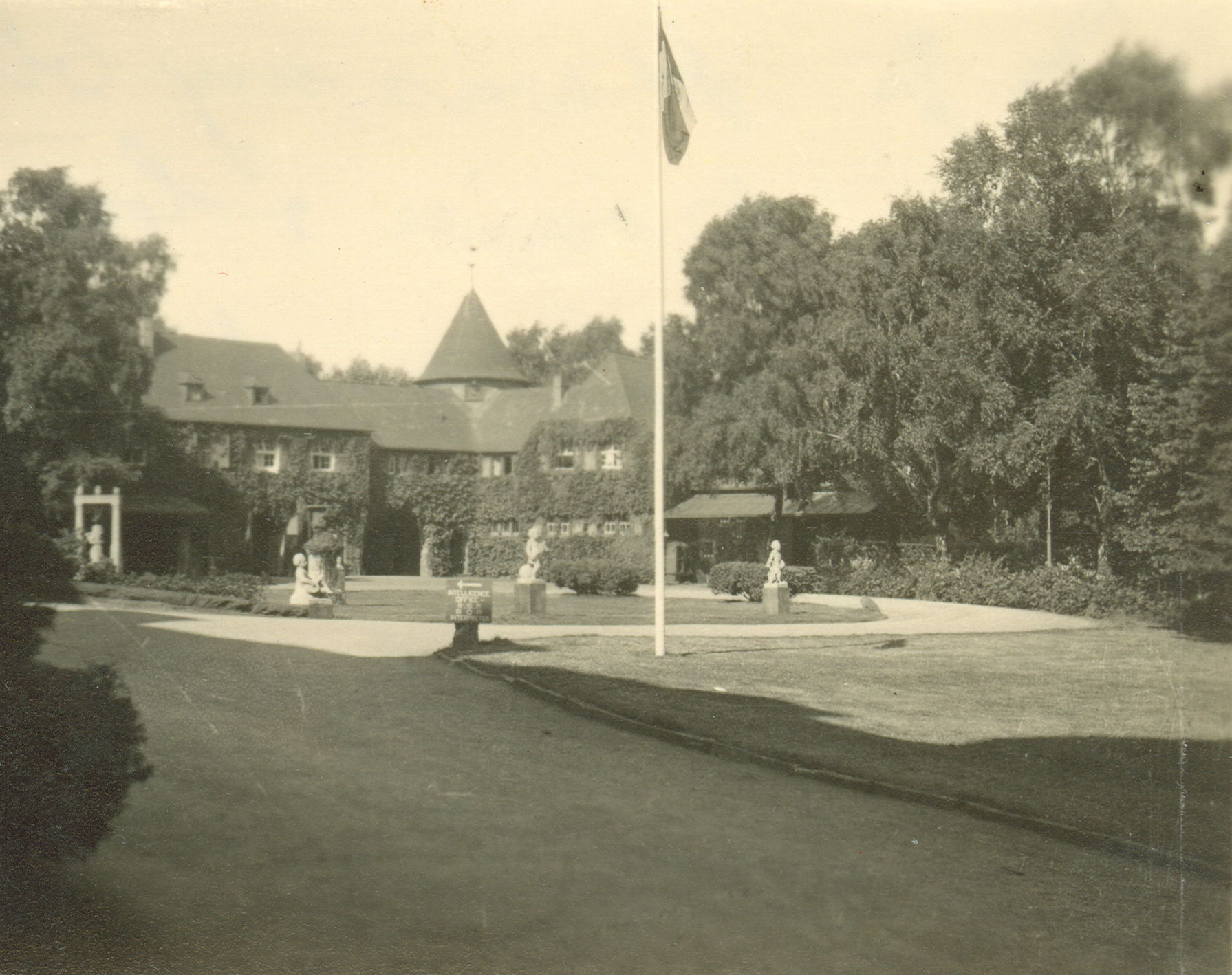 The Germans were holding a sports gala at Duisberg and we attended  for security. It was a lovely day. October 1945. 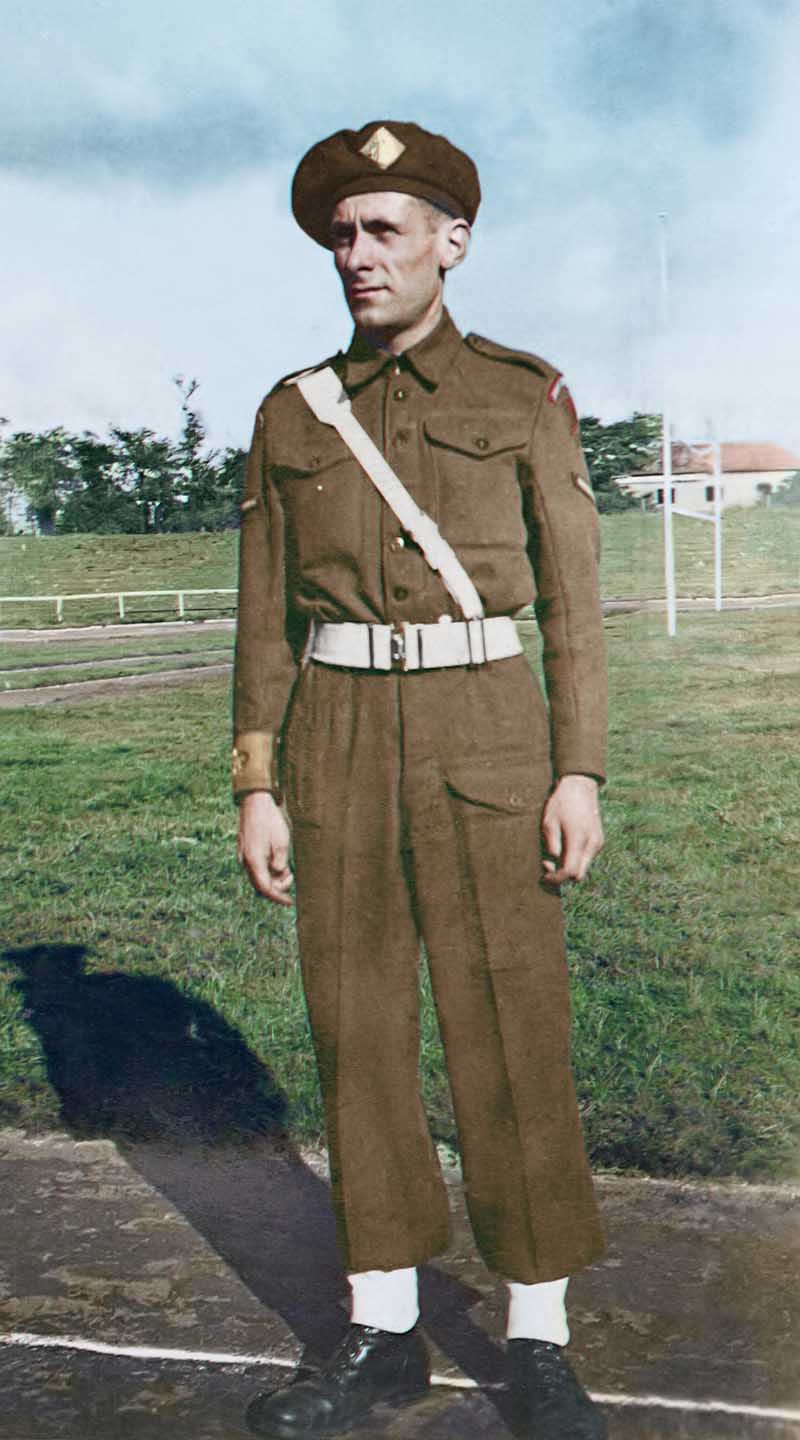 Back to Museum entrance